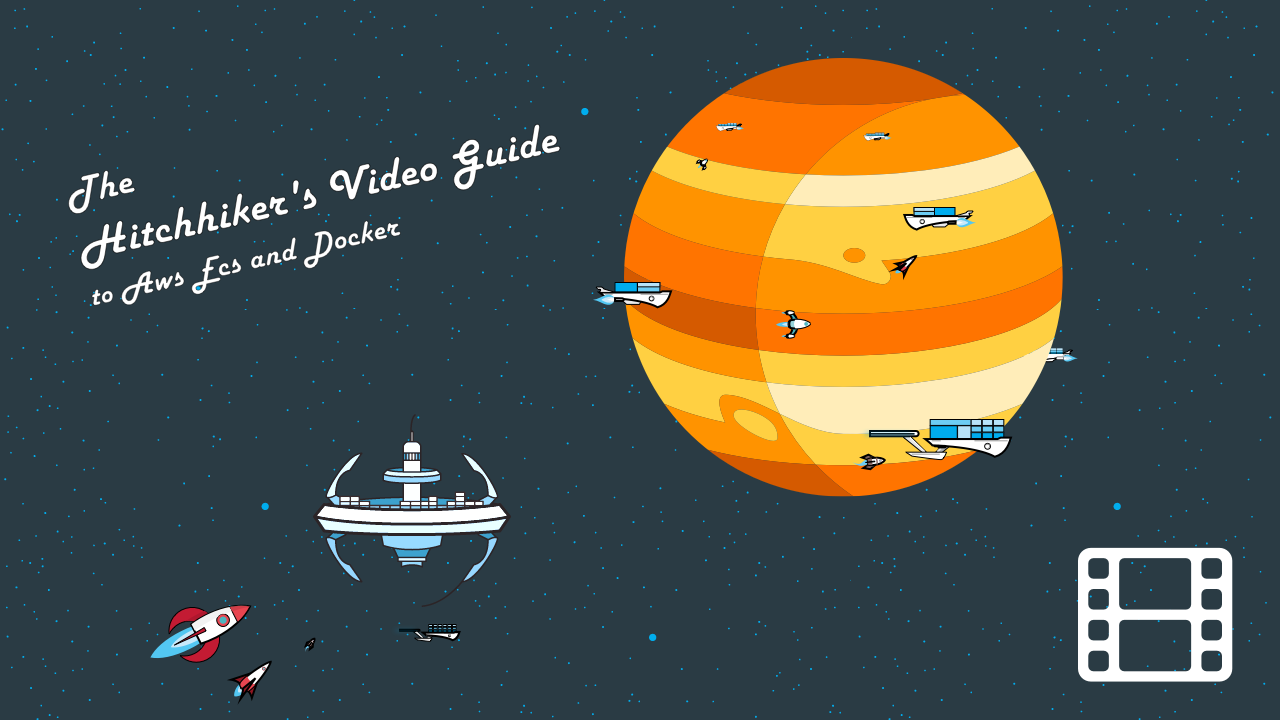 I released The Hitchhiker's Guide to AWS ECS and Docker a couple of weeks ago. It got a great response - the only thing that seemed to be problematic was the sheer size of the guide. What began as a small ECS Tutorial turned into the longest post I'd ever written!

In order to make things more digestible I turned the guide into a 10 part video series! It still covers the same concepts and themes, but we go more in-depth, with more visuals and explanations. Best of all, it's split up into chunks to avoid info overload.

For those who haven't read the post, this series covers the following: